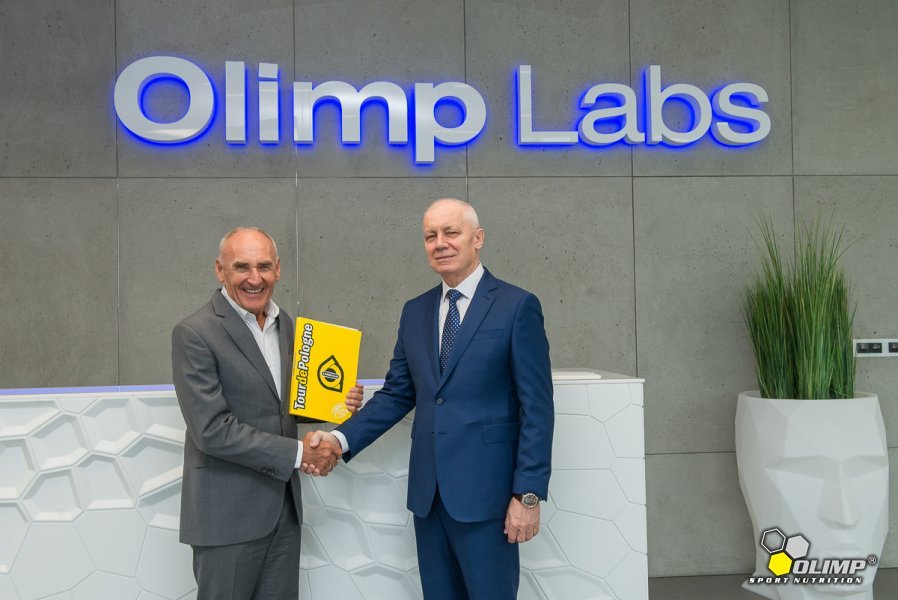 “We have been a part of Polish sport for years by supporting various events, teams and particular sports people. Our products are meant to support their everyday training and effort aimed at achieving success. Now the time has come to join the biggest Polish cycling race, Tour de Pologne, which is internationally perceived as our hallmark. It was just a matter of time before we became the partner of the race” says Stanisław Jedliński, the Director of the Board of Olimp Laboratories sp. z o.o., who is also a fan of motorsports. "Before I took an interest in cars, I was keen on cycling. Back when I was younger I used to complete long distances, even as much as 200 km on my bike. Thus, my passion for cycling has not and will not fade away. That is just a beginning of our cooperation” he adds.


Over 25 years of experience of Olimp Labs


Olimp Laboratories sp. z o.o. is a Polish pharmaceutical company established in 1990. The company operates as a member of the Capital Group, which includes Nutrifarm Sp. z o.o. and Olimp Laboratories GmbH in Germany, Italy, Spain, as well as a branch in the USA.

In August 2015, the long term strategy of research development, resulted in the opening of the Research and Development Centre – one of the most innovative such institutions within the European pharmaceutical and DS market. Only during the last 10 years the Olimp – Nutrifarm Capital Group assigned 315 million PLN to new technologies and development.

Regular investment in research and development enables the production of high-quality pharmaceuticals, which support the Client's health in the best possible way. The focus on quality and safety of the produced substances has been recognised worldwide. Currently, the company has the status of an international enterprise and its products are exported to over 70 countries. "Quality has always been our priority, no matter the cost. We accepted no compromise if the quality was at stake. That is why we are present on the markets all over the world” states director Jedliński.

The main objective of the company is to improve its Clients' comfort of life, health and vitality. It is achieved through the development of scientific cooperation with universities and research facilities, as well as through allocating financial means to technological equipment. Olimp Labs has been developing its scientific and research potential, which enables production of effective and innovative pharmaceuticals.


“We are glad that such a dynamic company has joined our team. I am happy of the fact that it is a Polish company that has the chance of presenting itself in the race. Due to this cooperation, this year's Tour will feature new elements. This year we slightly modified the route. What is for sure, we will start in Cracow, as it signifies for Tour de Pologne UCI World Tour the same thing as Paris means for Tour de France – says Czesław Lang, the General Director of the Lang Team. - We share a very similar history, Mr. Stanisław Jedliński, the founder of Olimp Laboratories, and I. He started his company from scratch and is now the leader of the world's pharmaceutical market with seven branches in Europe and in the USA. We created Tour de Pologne from scratch as well and now we have our place in the UCI World Tour calendar. Moreover, together with Olimp Laboratories we will have an opportunity to show the cycling world what it means to have proper, I repeat, proper!, support. And they are the best for the role” adds Czesław Lang.


The route of the 74. Tour de Pologne, which will take place between 29th July and 4th August, will be announced on 15th May during the gala which will take place at the BGŻ BNP Paribas cycling track in Pruszków. Today we may only talk about the details of the 5th stage of the race (2nd August) which will be 130 km long.

A neutral start is planned to take place in Pustynia, next to the modern Research and Development Centre created by Olimp Labolatories. From Pustynia, the participants will ride to Nagawczyna and start the 5th stage near the headquarters of the company. The stage will finish in Rzeszów.
“Great cycling returns to Dębica. I remember the participants of the Peace Race filling the streets of our town, now we will witness Tour de Pologne” said Mateusz Borek, a journalist working for Polsat Sport, who hosted the press conference concerning the signing of the agreement between Olimp Laboratories and the Lang Team.
BACK TO THE EVENTS  ›