Robert Kubica behind the wheel of an F1 car again 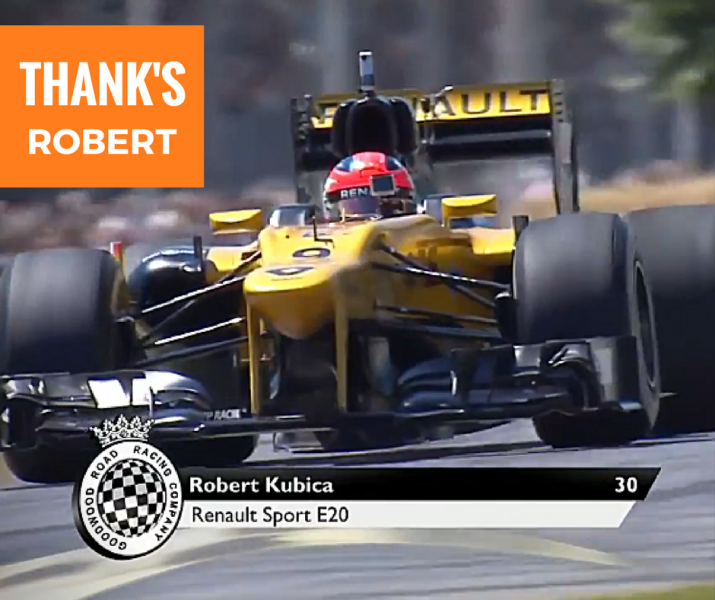 Robert Kubica, a partner in Olimp Sport Nutrition, has sat again at the wheel of an F1 car. This time, Poland’s best driver was taking part in the Goodwood Festival of Speed in Great Britain.

Robert made an appearance in the racing car on Sunday. And yes, he “made an appearance”, not ‘raced’, as the Festival of Speed is more of a spectacle  than a race. Kubica sat at the wheel of a 2012 Lotus-Renault - the very same car which he tested on 6 June on the track in Valencia.

He showed up for the fans in England for two drives, and was met with a warm welcome. There were, of course, also Polish fans, who screamed “Robert, come back!” Most of them are awaiting Kubica’s return to regular racing in F1.

“It’s been fantastic. I haven’t felt like this in years. And it’s a great opportunity for me. The show is amazing and the fans are so close... my impressions are great”, said Kubica, and then announced that he had not said his last word yet.


Olimp Sport Nutrition the official sponsor of Robert Kubica!
BACK TO THE EVENTS  ›